This GIS map consists of polygonal boundaries for 118 union councils of Faisalabad urban area. It has been developed and generously shared by Nasar min Allah Bhalli (M.Phil) from  Department of geography, GC University Faisalabad. 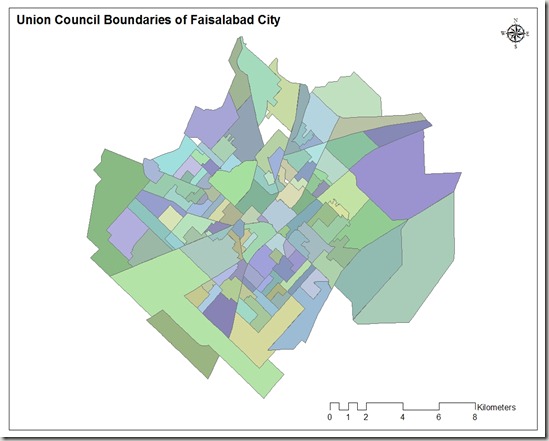 Faisalabad (Punjabi, Urdu: فیصل آباد) is a city in the province of Punjab, Pakistan. It  is the third largest city in Pakistan after Karachi and Lahore.
It is an important industrial centre west of Lahore. The city-district of Faisalabad is bound on the north by the districts of Gujranwala and Sheikhupura, on the east by Sahiwal, on the south by Toba Tek Singh and on the west by Jhang. It is 1,135 km (705 mi) from Karachi, 128 km (80 mi) from Lahore, 350 km (220 mi) from Islamabad/Rawalpindi, 187 km (116 mi) from Burewala, and 70 km (43 mi) from Jhang. “Source: Wikipedia” Read More>>
This Street level GIS map has been been prepared by Hamid Arshad and Ijaz Iqbal. They are Urban Planners from Department of City & Regional Planning, University of Engineering & Technology, Lahore.

Street level mapping has been completed using high resolution images (0.6-1m) of  Google Earth dating December 25, 2005 within a period of two months. Detailed process is mentioned in the tutorial HERE. 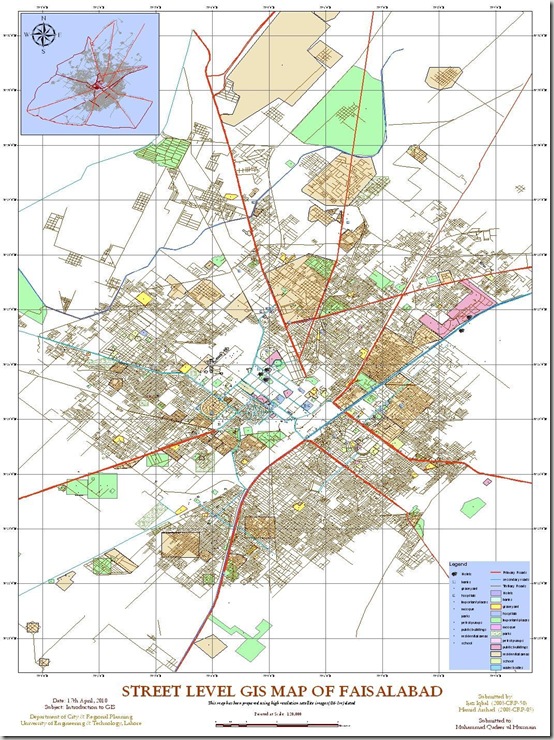 The city is at a road and railway junction, which has played an influential role in the development of Faisalabad’s trade and economy. The surrounding countryside, irrigated by the Lower Chenab River, has seen expanded production of cotton, wheat, vegetables, and fruits, which form 25% of Pakistan’s exports. The city is also an industrial centre with major railway repair yards, engineering works, and mills thatprocess sugar, flour, and oil seed. Produce includes super phosphates, cotton and silk textiles, hosiery, dyes, agricultural equipment, andghee (clarified butter). Faisalabad is also the site of the prestigious University of Agriculture, founded in 1909.

Faisalabad is the largest industrial city of Pakistan and its textile capital, specialising in export-oriented manufactured goods.” Source: Wikipedia

Here is the metadata for the available image. Complete Faisalabad urban area comes in three patches with us. Here is the first patch, rest are coming soon…

Screen shot of the Image: 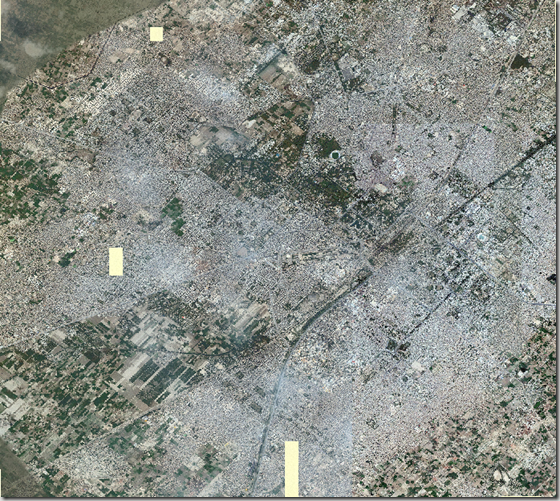