Google earth works extremely well in creating new vector data in the form of points, lines and polygons that can be used as shapefiles in ArcGIS or any other GIS software for more advanced processing.

The biggest advantage is that we don’t need to procure high resolution images at highest costs. Instead we can use Google Earth images as background to create our vector data. Following is few pictorial examples of doing so: 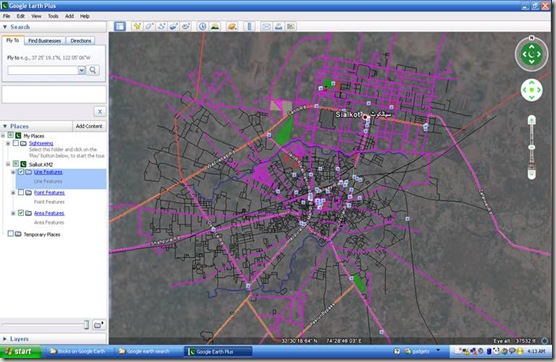 Repeat the above process for all the linear features. Each line will be added and can be seen in the left pane under “Places”. 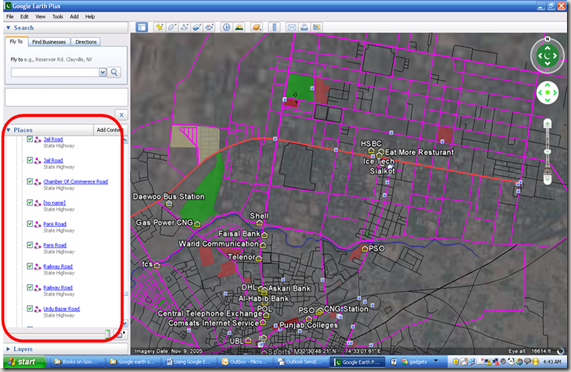 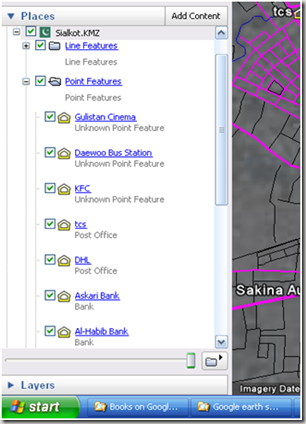 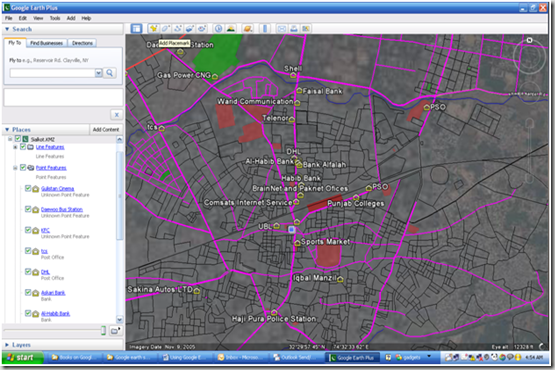 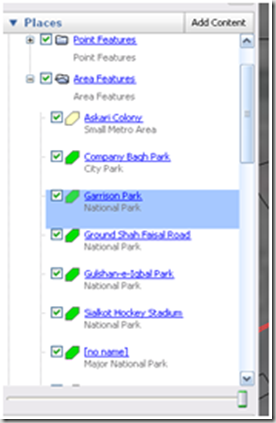 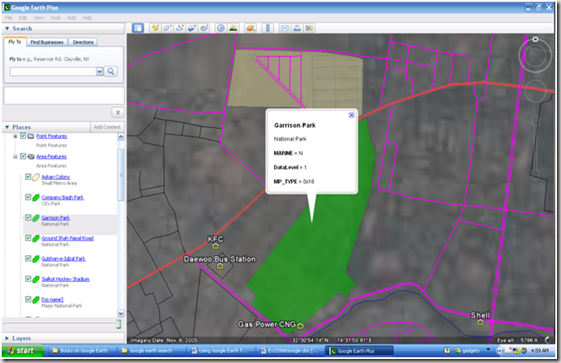 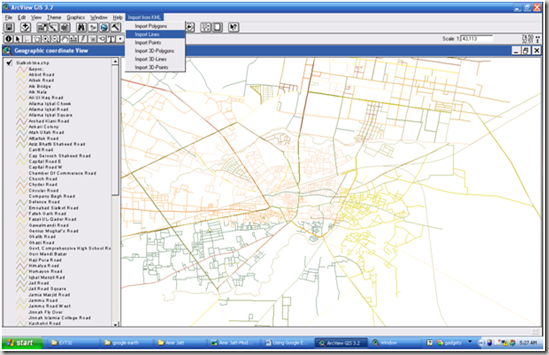 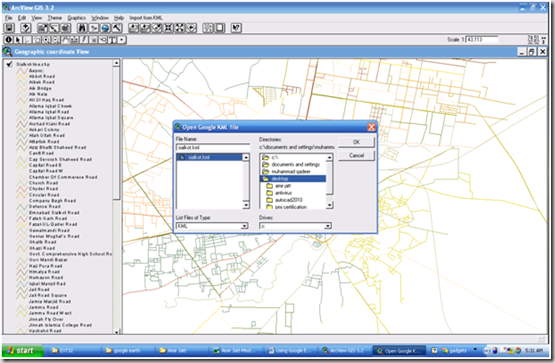 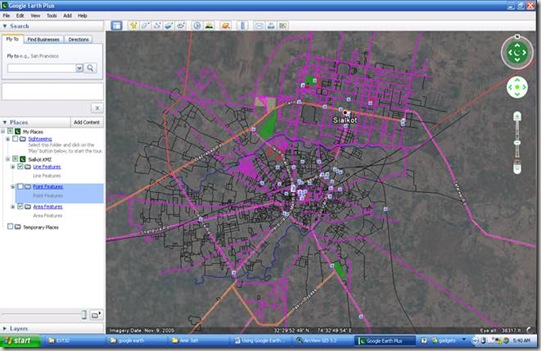 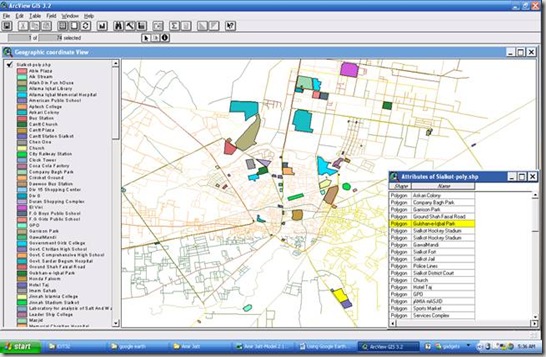 .::Special thanks to Hassan Mughal::.

Hassan Mughal (genius.hassan@gmail.com) has provided the Sialkot map file used in this tutorial in Polish Map Format which was converted in KML and ESRI shape file.